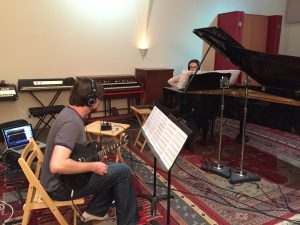 Program Note:
Incite draws influence from the seemingly distant genres of heavy metal and Balinese gamelan that for some reason have always been related in my mind. For me, they are both immediately viscerally exciting, veering between aggression and euphoria, and they both place an emphasis on rhythmic virtuosity, often at high speeds.